An MRSI Webinar: Where to look for insights

Are we looking at the right place for the solutions? Where to look for the insights?

Of course, when we research, knowing the ‘what’ and the ‘how’ have always been important aspects of it. However, the ‘where’ is an equally integral part that sets the whole context of the insight we arrive at.

In Quantum’s recent MRSI webinar, Anju Joseph took us through various case studies and examples to explain how and why the ‘where’ of a research project plays a vital role in the solutions we come up with. It started with one of the best ways to convey this in a simple manner – optical illusions. They show how the same subjects appear to be, or in fact are, different when seen through various angles. Similarly, the same research will hold very different insights when placed in different places and circumstances. Hence, it is important to know the complete context of the research – the ‘where’ of research.

If you think about where to look for insights, Anju says, “It all rests in the Unholy Coupling, and I have called it so for a reason.” Due to various factors, we often confuse the ‘human’ and the ‘target audience’. There is a big difference between them. The target audience are specific to that moment, but the human in them, which has taken them through various experiences in life, is what has made them. It is important to look at that human for where he/she is now and how they have arrived there. Anju explains this through some interesting examples.

When a consumer buys a milkshake, it could mean they are using it as something to keep them occupied while they commute in the morning, or it could also mean they are buying it as a treat for their child in the afternoon. The context matters.

When a campaign on mosquito protection tried to spread awareness by expressing the dangers of mosquito breeding, it did not work so well among the poorer consumers. Upon further study, they came to realize that for poor communities, while mosquito protection has a range of factors, danger is something that they choose to ignore as they feel they cannot do anything about it. Most of the protection measures seemed far-fetched to them. Community living and the lack of ability to shut off the world completely are things that they cannot avoid. This insight helped them to move the narrative of the campaign from death to progress. Good looking mosquito nets were introduced which not just protected them from mosquitoes, but also served as a symbol of progress.

The Lucky Iron Fish was another example of how research required to look at the traditional codes of Cambodia, to solve the problem of anemia. Introducing an iron block to be added to the vessel while cooking did not work all that well. The traditional codes attached to the fish gave them the idea of carving the block into the shape of a fish and adding it as a lucky fish to the dish during the cooking process. Now, this worked.

Coptic Christianity in Ethiopia saw bathing as utilitarian, without any ritualistic significance. So, the Pentecostal Christianity, that was gaining ground there under the belief that it is for a better life, was used to build a new narrative for bathing in Ethiopia – one that had emotional codes as well as aspirations.

Therefore, the task is not just to find what you see but to define where to look. When you define adequately, then you get the right answer. How to decide where to look? Anju says it needs a lot of practice and thinking, along with lots of reading prior to the work. Of course, curiosity, eagerness, excitement and academic literature add a great value to it. She leaves with an interesting tip saying “stand up comedy is an interesting place to decode and learn the art of where to look.” 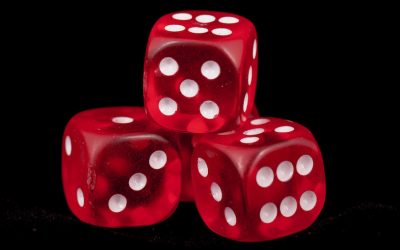 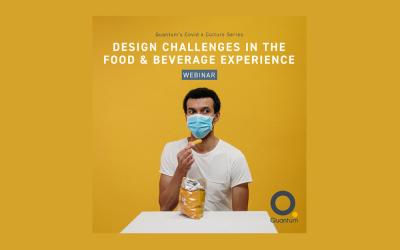 How do we use design to intentionally navigate the complexity emerging from the crisis, and not just stumble into predictable defaults? Maybe you’ve been enjoying a ‘Quarantini’ over a Zoom call with friends… or staring at the empty shelves of flour at the... 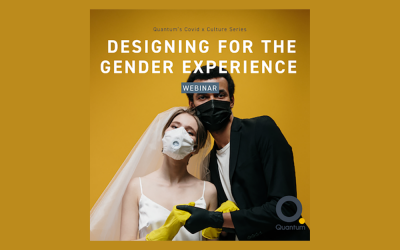 Designing for the gender experience

Watch our latest webinar here - “Designing for the Gender Experience”. In your family, who has cooked most of the meals during lockdown? Who has taken on most of the home-schooling responsibility? And how do your kids respond when the news applauds female...