The original fakes & how to approach Shanzai

A decade ago, articles chronicled the audacious use of Obama in Haff-Comm’s advertisement for their ‘BlockBerry 旋风 9500’ product, which ran on a Windows interface with 3G capabilities.

The Wall Street Journal tracked Haff-Comm (a word play on Harvard) to a factory in Shenzhen, where Haff-Comm turned out to be a fake shell name.

Fast forward 10 years, and Shanzhai culture is no longer defined simply as counterfeit or angled as zany “copycatting and arch parody”. It is a hefty shadow economy and manufacturing empire – producing 300 million cell phones in 2017 in Shenzhen alone.

While commonly associated with counterfeit tech brands such as Nokir (Nokia) or Samsing (Samsung), Shanzhai actually permeates all areas of life – a poor student from Sichuan can  be drinking coffee at Starfucks Café, eat at Obama Fried Chicken and wear Ill Sander. For a holiday, she might visit the Eiffel Tower in Hangzhou, or the town of Hallstatt in Huizhou. For her, the fake is hyper-real.

East vs West: Notions of Originality

The easy segue into a counterfeit life begets questions around mimicry in China – beyond making a quick buck disguising a business as a Western venture, are there cultural reasonings behind replication? Philosopher and writer on Shanzhai culture, Han Byung-Chul believes so.

He posits that while Western philosophy reifies the idea of ‘Wesen’, or the belief in substantive immutability – an essence, if you will, Eastern thought begins and ends with ‘Tao’, a path or process which connotes change. Wesen implies creation which resists transformation, while the Tao is its counterfigure, being de-constructivist and continually transformative in nature.

As it follows, the West safeguards the original and disregards the reproduction. Copies are deemed forgeries and are negatively viewed as inferior, while the original implies ultimate value. Han terms this “the cult of the original”, in which processes such as preservation and museum-isation aim to restore relics with minimal intervention.

The East possesses a reverse conception of originality. There are two notions of copy/fuzhi in Chinese culture: the first, ‘仿製品’, are imitations where differences are obvious, such as museum shop replicas. The second, ‘複製品’, are exact reproductions of equal value to the original. Which makes our poor Sichuan student’s Samsing or Ill Sander shirt no less legitimate than its original counterpart.

Understanding conceptions of reproduction is intertwined with issues of intellectual property and ownership. While the West is preoccupied with acknowledging and affirming proprietorship of ideas and creations, endorsing values such as objectivity and constancy. The Eastern concept of knowledge/知 is however related to strategy, artfulness and wisdom. Described by Han as “a kind of Shanzhai Marxism”, originals are continually transformed, deconstructed, de-created – dis-associating the replicas from the original or its creator.

Which brings us to present day shanzhai culture – how does it work as an eco-system, on an everyday basis?

The etymology of 山寨 dates back to the Song dynasty, where bandits and outlaws would live in Shandong’s marshes or a “mountain stronghold”. In the 50s and 60s, Shanzhai would come to mean homebrews and bootleg products in Hong Kong. In the 2000s, pirated DVDs being sold in markets in Chinese cities would give way to entire eco-systems being built to support the playing of these DVDs.

These are made possible by Shanzhai ecosystems which operate on an open source philosophy, with copyrights thrown out of the window in favour of open reference boards sharing recipes for software programmes, hardware and everything in between. These are iterative, with someone always building on another innovator’s idea. Contrary to expectations, internal components used by Shanzhai makers are generally IP compliant, utilising chips from Arduino, Intel and the like.

Lastly, the hyper speed in which ideation can lead to an actual product is key to Shanzhai success. Manufacturing happens in parallel to ideation, design and prototyping, culminating in small batch releases in a month. Not more than 3,000 devices are generally produced, so as to quickly iterate and improve on the next version.

Expanding the possibilities of Shanzhai

So posits artist Cyril Duval, co-founder of Shanzhai Biennial, a fashion label and art venture looking into the confluence of culture and commerce. They do this by playing on the idea of ‘brand arbitrage’. where the Shanzhai permutation is a wholly new product e.g. Apple Computer clothing. In 2012, they curated Shanzhai products, showcased as luxury campaign images in a locked retail room – a bootleg of bootlegs, completing the cycle of piracy.

As a meta parody on Shanzhai culture, the Shanzhai Biennial resurfaces issues of tangled power dynamics of globalisation, in which China re-evaluates her position as a growing super power.

At its core, Shanzhai isn’t about technology, fashion, art, architecture or any particular field. Its baseline is built on “the idea of sharing and public ownership that is open to all, without restrictions on temporal and spatial boundaries.” As a remedy to inequalities caused by globalisation, Shanzhai provides an emancipatory outlet to create and consume.

In this sense, a paradigm shift is needed from cultural producers, and consumers like ourselves, to understand and partake in the future possibilities of Shanzhai. 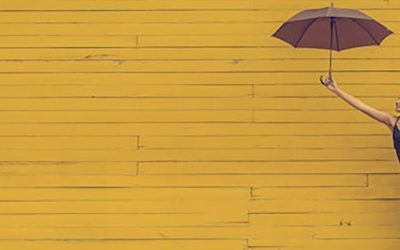 The thrill of thriving in a crisis

One of my favourite writers, Paolo Coelho writes in his recent book ‘The Archer’, "The archer cannot always choose the battlefield, so start your training again and be prepared for an unfavourable situation." Like many, this pandemic has taught me much about life,... 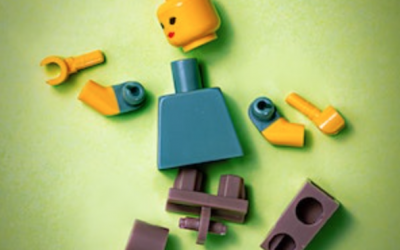 An already-challenged female workforce is now under even greater pressure. Schools and offices are closed all over the world, but children still need to be educated and looked after and money still needs to be made to run the family. Women are at the head of manning... 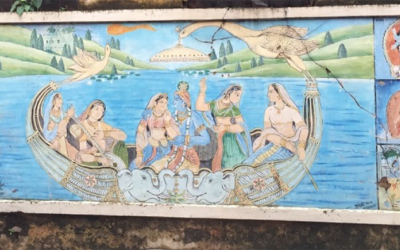 We explore the impact of Covid-19 on urban spaces through the critical lens of semiotic inquiry, shedding light on the overlooked and the unfamiliar. The Lockdown has impacted daily habits and caused several shifts and rearrangements in our lives. Not only do we bear...