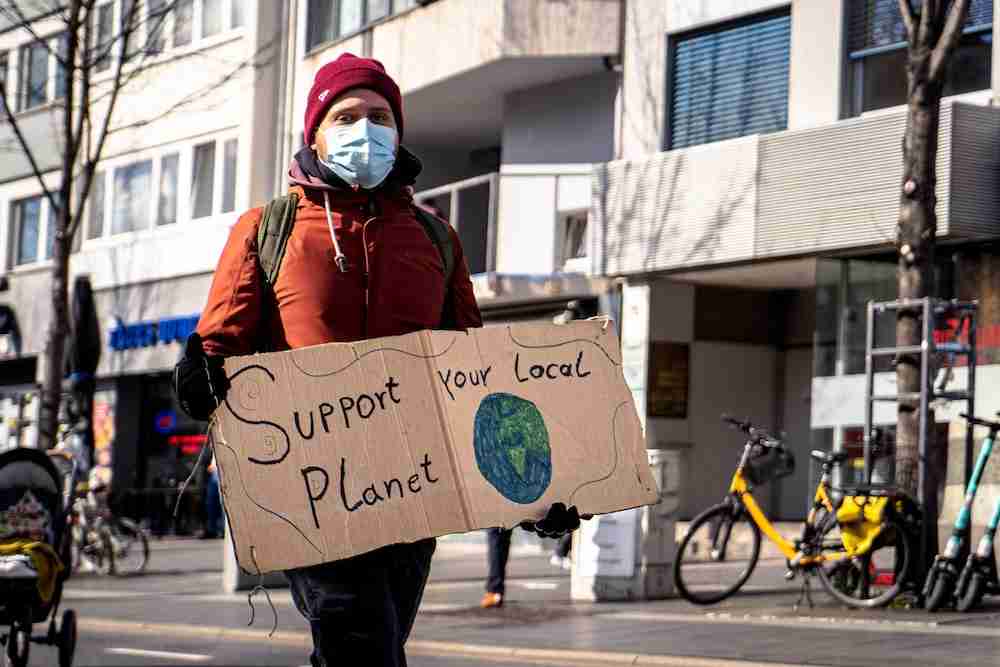 This July, due to the climate crisis, Europe has been a tale of two halves. As the UK breached 40 degrees Celsius for the first time and France suffered a ‘heat apocalypse’, much of Russia was experiencing temperatures 10 degrees below the annual average. In the Middle East, Yemen and Iran have suffered deadly floods, just days after a heatwave abated. This shouldn’t come as a surprise. As language has shifted from warning of ‘global warming’ to ‘climate change’ or ‘crisis’, awareness has grown that extreme weather in both directions is more likely.

Context is everything in sustainability, because it’s a human problem

Beyond a small cohort of highly engaged activists, the nuances of environmental science remain poorly understood by most consumers. People’s experiences on the ground and expectations of climate crisis, now and in the future, will ultimately shape their perception of the issue above all else. For some, climate crisis means it is too hot to sleep. For others, it means their home being washed away in successive floods, or the forests outside their city disappearing, or the river they rely on running dry.

Perhaps more important than consumers’ physical context is their cultural one. Discussions of climate crisis are highly politicised in many countries, but they are also shaped by religious tradition, popular culture and economic prosperity. Studies have shown world region is a far better predictor of belief in human causation of climate change in a country than the presence of air and water pollution, or carbon intensity.

Even levels of education and development cannot fully explain climate change belief. In one study, 78% of people in Bangladesh and 70% in Pakistan reported a ‘great deal’ of trust in what scientists say about the environment, compared to just 23% in Japan. Despite a strong education system, the cultural trust in scientists dipped after the 2011 Fukushima disaster. Young Japanese, in contrast to elsewhere, have become less interested in climate change over time, with researchers finding poor economic prospects fostering disengagement.

Brands struggle to engage confidently and credibly on the issue

Whether by trumpeting their green credentials, attempting to drive positive behaviour change, or innovating new products, global purpose-driven brands are attempting to engage their consumers in discussions about the climate more than ever before. Doing so without understanding cultural nuance risks undermining credibility, inviting accusations of greenwashing. More often, though, climate claims simply fall flat with consumers. Internally, a lack of credibility in discussions of climate change risks alienating the large numbers of younger workers committed to working for climate-conscious employers.

In a world of limitless cultural complexity, how then can brands speak confidently and credibly about climate change to consumers?

Developing key principles for tackling sustainability challenges from the ground up will empower brands to act locally for global impact.

1. Be Purposeful: Understand your own positionality and the issues your audiences’ really care about

Brand leaders are concentrated in Western countries, and even when not, often operate in Westernised cultural environments. This means the starting point for engagement with audiences is Western knowledge and associated vocabularies – immediately alienating those who understand nature through a different prism.

Understanding the frame through which a market or culture understands the natural world, and human impact upon it, is an essential first step to set the parameters for effective engagement. Familiar Western scientific language of the ‘greenhouse effect’ or CO2 levels will work far better in Sweden than in markets where alternative indigenous knowledge systems are prevalent, and nature understood in more holistic terms.

Good Dot Food, an Indian vegan food provider, exemplifies effect localisation. Where Western meat-free ranges tend to focus on specific technical health or environmental benefits, Good Dot has built a brand around the concept of Karmic stewardship of the body and world as a whole – providing a powerful alternative to foreign brands.

2. Look at the Collective: Break down the issue to its component parts map the system

Climate crisis is a highly complex issue. Beyond a very small group of engaged consumers, this complexity can breed confusion or even fatigue, especially amongst those whose understanding of nature is rooted in different knowledge systems. Rather than focussing on the issue at large, focussing on component causes (e.g. pollution) or effects (e.g. droughts) offer a more useful ‘way in’.

Not all elements of climate crisis have equal resonance for consumers. Considering consumer awareness of the issue, in their local area and beyond, is important, but so too is the sense consumers have of their agency to have an impact on it. For example, while most consumers have some awareness of rising global temperatures, for many it is an impossibly complex challenge – breeding despondency. In comparison, localised waste pollution may be front of mind and represent an easy win for consumers.

Finding a ‘way in’ doesn’t always mean finding a specific environmental challenge – it can also be a particular cultural conceptualisation. Ginew, an indigenous-owned American denim brand, has built its environmental credentials, and brand, by reframing the purchase of clothes entirely. Drawing on indigenous concepts of land inheritance, its clothes are designed to be cherished and passed down, just as a habitable environment must be passed down to future generations.

3. Take Action: Identify culturally relevant hooks, and viable solutions that connect most meaningfully on the ground

Identifying a resonant issue isn’t, on its own, enough to engage consumers. Language and imagery around the issue may vary hugely by culture and are the catalyst for action. This doesn’t just relate to the superficial images that come to mind when thinking of the issue (whether pollution means plastic bags or smoggy streets), but also deeper reasons to care about these issues. For example, where dominant religious traditions emphasise balance in nature, this language may be more effective while in Abrahamic religious contexts notions of justice, responsibility and neighbourly respect resonate more.

Most importantly however, the solutions that brands are offering must align with cultural expectations. Collectivist cultures may not respond well to invitations for individuals to ‘do their bit’, while in individualistic contexts the idea of sparking community action around a particular issue may feel unrealistic. In authoritarian political contexts, there will be less room for the concept of ‘people power’ solutions than democratic ones.  In Indonesia, e-commerce site Bakalapak has linked its brand closely with the concept of Gotong Royong – community organising. By promoting innovative eco-friendly sellers while evoking national pride, they have carved out a place in a market where sustainability is central to very few brands, and live their values in upholding the community.