During Singapore Design Week we held co-design workshops on designing for urban loneliness. Sixteen or so strangers filled the better part of a workshop space spread across the first floor of the Design Centre on Middle Road in Singapore. Their motivations to join our ‘Urban Loneliness Workshop’ were varied but the task assigned was common – kick off exploration for strategies that alleviate urban loneliness in metros, cities and towns.

Intentions were set at the beginning of the workshop to ensure we started with a shared energy and purpose. Participants were palpably nervous as this topic was not only unfamiliar to most, but it also dug deep emotionally as it grazed the lived experiences of many participants who were new immigrants to Singapore, public policy professionals who work with vulnerable populations, teachers who work with anxious students and even a few UX specialists keen to address a ‘wicked’ problem.

We outlined the following steps for the 3-hour workshop 1. Defining ‘Urban Loneliness’, establishing the critical difference between lonely & alone 2. Unpacking the emotional texture around loneliness, with the aid of a persona 3. Ideation around pre-defined contexts such as home, office & commute and the ‘pain points’ 4. Discussion of key outputs & next steps

Defining our problem Given the complex nature of the topic, we began the workshop by better understanding the meaning of loneliness, specifically what it means to be lonely and who feels lonely. Within the first bucket, we interrogated several divergent theories around urban loneliness, put forth by phycologists to arrive at a consistent definition. We defined loneliness as a subjective condition where the quality of connection is less than what is personally desired. Here, we made a critical difference between the quantity of connections (you can have many friends on Facebook) and the quality (but none of those friends would be engaged deeply and personally).

Within the second bucket participants were asked to interrogate macro statistics with a view to identify the target they wish to solve.

A couple of findings proved quite confronting:

1. Higher percentage of 18 to 24-year olds said they often felt lonely versus the over 65 age group 2. Research has shown loneliness can equate to being as bad as smoking 15 cigarettes a day

This insight helped the group to narrow down the profile to ‘youth’ and also shift our view of loneliness as a personal problem to a public health issue (supported through quantitative evidence).

Adopting a co-design approach In order to generate an empathetic response to the problem we decided to ‘project’ loneliness on to a third person.

We began our immersion in the life of a fictional character named ‘Tina’ who was a high achieving transfer to a city having recently finished college. As such, loneliness was not a pernicious part of her life, but she was prone to feeling bouts of sadness and anxiety, especially in the office, during her commutes and when alone in her bedroom.

Co-design asks the practitioner to collaborate with subjects to clarify the vocabulary and emotional terrain of their problem, and fuse this with domain expertise, to arrive at a single minded, yet commonly experienced, view of the problem.

Thus, we began unpacking the emotional texture around the bigger idea of loneliness. We used a laddering approach, also known as the ‘5 Whys’, to dig deeper into the experience of loneliness. This led the participants to solve for more pointed feelings such as emptiness, isolation, monotony, lack of connection and boredom that needed to be ‘solved for’, rather than the daunting task of SOLVING FOR LONELINESS.

Read More  The search for meaning

Now that we had a persona and a clear view of the problem to solve, we began hunting for contexts that could be used as sites for ideation. Overarching solutions for loneliness exist mainly at policy levels, but we wanted to make a material difference to Tina’s life.

We identified specific situations within which these emotions might crop up most frequently. Such as; • Working in the office • Commuting on public transport • Arriving home to an empty apartment

Within these contexts, we understood the current situation and what might Tina ideally wish for; “Think, Feel & Do”. As such, we identified specific contextual pain points such as being at the office and having to eat lunch alone, thereby feeling left out.

Once these were discussed, there was nothing left to do but come up with ideas and sketch them out. We used a rapid ideation session to access intensive ideas and used paired discussions to further cluster and refine these ideas.

Our intent was to capture breadth rather than depth and some of our favourite ideas focussed more on the big picture rather than its details, the focus being on general directions, rather than operational elements.

Some of our favourite ideas included an app that helps unlock rewards and discounts if two people pair up for a commute in the same direction. Positioned as the ‘platonic tinder’, this one received the most applause and many laughs.

Designing a community page that publishes events in public spaces where shared resources are used to achieve common objectives e.g. food from each one’s home used to prepare meals for a cookout. This idea got a further thumbs up as it mimicked the activity page of co-working spaces such as WeWork, who also believe in a co-working, co-inhabiting vision.

One of the more radical ideas was around redesigning the work day to suit flexible working styles adopted by most Gen-Zers. For example, offices that actively promote working from ‘third spaces’, doing away with restrictive 9 to 5 working hours and bettering mentoring programs so they enhance inter-generational sharing and collaboration.

Smaller offshoot ideas such as pet sharing, social media free hour in office, interactive windows in trains, swings in train compartments and ‘increased humour in the office’ added excitement to the idea pool.

We would like to extend a warm handshake to all those who managed to make it over Thursday afternoon and Saturday morning. It was truly brilliant to have such an open and diverse set of participants to share this topic.

This workshop served as a kick off to a longer and more intensive workstream around loneliness for Quantum. We are keen to explore this topic in more detail in the coming months, specifically looking at how loneliness manifests in real life, using real use cases as inspiration for future solutions.

As an immediate next step, we are keen to take this workshop to Shanghai, China, one of the most urbanised cities in the world where we can unravel new insights and craft new futures. 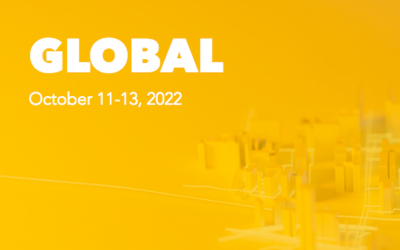 Quantum will be speaking at The Quirk's Event - Global on 11 - 13 October. Join Lauren Chang and our Softlogic Finance client, Kavindra Rajapaksha, as they discuss how design thinking principles and storytelling can create space for innovation based on 'life'... 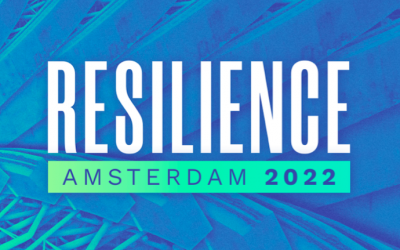 Quantum will be speaking at EPIC2022 in Amsterdam, October 9 - 12. Stephanie Barrett will be presenting "Dismantling Stereotypes: Taking an Inside-Out Perspective to Building Better Representation in Advertising for Unilever." Corporations increasingly take...